Does mom's use of Tylenol while pregnant cause autism or ADHD in their children? Women using Tylenol during pregnancy has become a hot topic as of late with several recently published studies circulating on the topic. Several of you have asked for answers, Dr. Ted and I are here to discuss.

Q: What is the concern?

A: The concern is that a mounting number of studies have shown that mothers who took more Tylenol (acetaminophen/paracetamol) in pregnancy gave birth to children who were later diagnosed with ADHD and autism spectrum disorder (ASD) at higher rates than people who took less or none. Why might this be the case? It has been proposed that acetaminophen inhibits fetal testosterone production as well as creates a toxic environment for brain cells, in turn affecting multiple brain functions. The studies that found an association also found a “dose response”, i.e moms who took higher or more frequent doses of acetaminophen during pregnancy had an increasingly greater likelihood of having kids diagnosed with a neurodevelopmental disorder.

Q: How are the studies conducted?

A: First, there are no randomized controlled trials (RCTs), the best tool we have as scientists to determine if one thing (Tylenol) causes another thing (neurodevelopmental disorders). The evidence to date comes from “epidemiological cohort studies” where pregnant moms who took acetaminophen were compared to those who did not and their kids were followed over time to track diagnoses of things like ADHD and ASD. In these observational studies, moms who do vs. do not take acetaminophen are different from each other. Researchers try to make the groups similar by statistically controlling for differences in background characteristics that are available in the dataset: eg. moms age at delivery, race/ethnicity, and smoking during pregnancy. Even if we just focus on the most rigorous of these studies that have accurately measured acetaminophen levels in moms and correctly diagnosed the ADHD or ASDs in kids, big concerns remain.

Q: What are our major reservations to drawing strong conclusions?

A: The major biases that are present in the study are as follows:

1. “Confounding by indication”: Doctors prescribe acetaminophen to women with fever/infections/migraines during pregnancy. And guess what, these conditions on their own are associated with neurodevelopmental outcomes! Unfortunately, they are often not thought about and included in all the analyses, which could mean we are assigning blame to the wrong culprit.

2. “Unmeasured factors”: An example of an important factor that goes unaccounted for is parents with (undiagnosed) ADHD. These key variables are often not available or measured correctly in datasets. If the parents have one of these conditions, that has a genetic component which is not accounted for, the association found could be a false one as not all key explanatory, or confounding variables, have been included in the model.

3. “Time-varying factors” are not accounted for: Even if the two groups of moms are similar at delivery, when their acetaminophen levels are measured, they may diverge in the follow-up when new health or social factors appear (e.g. stressful family events or a new medical condition) that may impact neurodevelopmental outcomes. Similarly, loss to follow-up may happen more among one group than another which, if not carefully taken into account, would call the findings into question.

Q: What do we recommend in light of the current evidence base?

A: Dr Ted and I agree that data and results across the current studies are too inconsistent and full of biases to conclude that there is a definitive causal link between acetaminophen use and ADHD or ASD. Until more rigorous studies are done, pregnant women should not rely on these studies for medication advice. As always, they should discuss with their doctor the benefits and risks of taking acetaminophen while pregnant.

Questions about this research or something else related to maternal or child health? Ask an expert directly in the Oath app here. 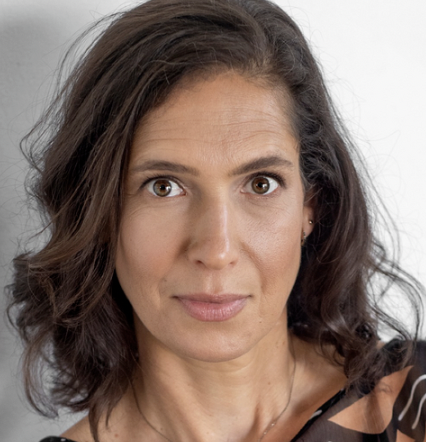 I am an epidemiologist and digital health scientist with over ten years experience leading multi-disciplinary teams to use real world Big Data to generate clinical evidence and policy. I deeply care about providing adolescents and caregivers with effective and meaningful sexual and reproductive health support and care options. I work on clinical strategy using data-driven approaches for informing and evaluating patient and physician facing products within digital health applications.