🧠 Research indicates that 22% of Black women receive a lower quality of care than white women and are subject to discrimination in the healthcare field.

Storytelling is a powerful way to amplify the voices of marginalized and silenced populations. This fictional story describes the experiences of a young Black mother navigating the healthcare system.

A Special Note: The language and story shared in this narrative describes experiences of racism and discrimination that may be disturbing to individuals. Please care for yourself and seek support if needed.

﻿A 21-year-old Black mother, Ashley, walks into an urban Emergency Department carrying her 6-week-old baby girl named Taylor. Ashley is distraught because Taylor is her first baby and has been vomiting for the past day. When the Emergency Department calls the hospital Pediatrician to come see the patient, the Pediatrician immediately notices the harsh and dismissive tone with which the nurse addresses Ashley.

After meeting Ashley, examining Taylor, and discussing the plan to observe Taylor in the hospital overnight and consider further testing, the Pediatrician heads back upstairs to the Pediatric wards to prepare for their arrival. On her way back to the elevator, the nurse approaches the Pediatrician and casually wishes her “good luck!” saying she knows how difficult working with patients like them can be.

The Pediatrician had a flood of thoughts -- What did she mean by patients like them? Was she referring to young mothers? Did this have to do with the mother, Ashley, being Black? She wanted to ask a follow-up question, but quickly talked herself out of it, telling herself it would not be a good idea to enter conflict with the nurse, while rationalizing that she had to rush back to her other patients, and taking comfort in the fact that Ashley and Taylor would soon be out of the Emergency Department.

The next day as the Pediatrician signed out to her colleague who would be the primary doctor for her patient that day, she mentioned that the mother did not have the best experience in the Emergency Department. She began to express that she was worried the nurse had made assumptions about Ashley based on her race, but decided this would be too presumptuous of a suggestion and kept it to herself. Instead, she proudly stated that Ashley and Taylor have had a better experience since leaving the Emergency Department and celebrated that she had developed a good rapport with this young mother who just wanted to do what’s best for her child.

Later that morning during rounds, the primary Pediatrician and medical team arrived at Taylor’s room. She had been doing well since admission without any vomiting, but the team remained concerned that it was difficult to determine why she was sick. Because Taylor had not received the standard vaccinations typically given at birth, including the Vitamin K vaccination which protects against a severe and life-threatening condition called “Vitamin K Deficiency Bleeding”, the medical team expressed concerns that the vomiting could be due to internal bleeding. At that time, one of the other Pediatricians on the team jumped in and began to lecture the young mother about the risks of not having this vaccination.

The primary Pediatrician, resident physician, nurse, and entire medical team stood in shock as this Pediatrician continued speaking without giving Ashley a chance to respond, detailing the many potential consequences to the baby’s health if she didn’t get the Vitamin K vaccination. Without pause, she went on to assume that Ashley would not be getting the standard 8-week vaccinations for her baby and began to share horror stories of the patients she once cared for whose parents chose not to fully protect the child against these vaccine preventable illnesses.

As she spoke, Ashley’s body language transformed. She had started off with a kind and soft facial expression, stating she was thankful for the help of the medical team and was willing to do whatever it takes to help her baby get better. She had even confided in the team, admitting that she felt a bit overwhelmed as a new mother and often relied on her own mother for advice in caring for her newborn baby. Throughout the course of the Pediatrician’s rant, Ashley withdrew, pulling the hood of her jacket over her head, folding her arms and appearing visibly upset. Once the secondary Pediatrician was finished, the room felt tense, and the visit abruptly ended. Upon exiting the room there was a look on Ashley’s face… she wasn’t angry, instead she appeared hurt.

The resident physician and the nurse, who were both visibly disturbed by what had just taken place, shared a brief glance of disbelief with one another. As soon as the door to the patient room closed behind them, the secondary Pediatrician let out a sigh of relief, stating how frustrated she was with parents who do not vaccinate their children. The team paused awkwardly, and the resident physician, also a Black woman, contemplated initiating a conversation with the team about the uncomfortable situation before entering the next room. But afraid of causing conflict or being labeled as argumentative, she kept quiet.

The Angry Black Woman stereotype characterizes Black women as more hostile, aggressive, overbearing, illogical, ill-tempered, and bitter. In this case, fear of being labeled with that stereotype stopped the black resident physician from speaking up for her patient. Many black mothers must also grapple with the fear of being labeled in this way, while also tryiing to advocate for their children.

💡 In addition to the silencing of this mother by the physician who was unwilling to listen, consider how negative stereotypes, such as the angry black woman, contribute to systemic silencing of Black Women's voices, even when their own bodies and safety, and those of their children, are at risk. What are the consequences of this constant battle to be seen and heard?

At the end of rounds, the resident and nurse caring for Taylor stopped the primary Pediatrician in the hallway. They expressed their discomfort with the exchange that had taken place earlier and were upset that Ashley was spoken to in that manner.  At first, the resident appeared hesitant to speak, then she decidedly spoke up, saying that she was appalled by the condescending and disrespectfully harsh tone used with Ashley. Not only did this defy the basics of good bedside manner, but she could not ignore the fact that Ashley was a Black woman, just like her. She shared that the encounter was frighteningly similar to her own negative experiences navigating the healthcare system and many other spaces as a Black woman.  The nurse agreed, bringing up examples of several unvaccinated patients of other races who had been in the hospital during the 10 years she worked there whose parents were never addressed in that manner.

After much reflection, the primary Pediatrician returned to Taylor’s room with the intention of apologizing to Ashley for her colleague’s behavior and re-stating her commitment to helping her to navigate the medical decision making in Taylor’s illness. While receptive to her visit, the Pediatrician could tell something had changed in Ashley. Although she accepted the apology, she answered all questions in short one- or two-word phrases and avoided making eye contact with the physician.

The next day, as Taylor continued to do well it was determined that she was safe for discharge, Ashley packed up her belongings and prepared to take her baby home. The primary Pediatrician wished them well as they walked out of the doors, but as she watched them exit, she could not ignore the voice in her head that was telling her they had lost the patients’ trust and given Ashley reason to hesitate before bringing her child to medical care the next time she became ill.

Final Thoughts
💡 There is a long history of mistreatment and abuse of Black patients by the medical profession and healthcare system. The story of Henrietta Lacks, a Black woman whose cancer cells were studied and used to pioneer critical advancements in medical research, all without her consent or knowledge, serves as one of many early examples of the damaging treatment of Black women by the healthcare institution.

By failing to actively address racism in healthcare, we become complicit in allowing these inequities to continue. There were many missed opportunities to intervene in the mistreatment of this Black mother—when the Pediatrician who met the mother in the Emergency Department witnessed an inappropriately harsh tone from the nurse, when the medical team stood by while the secondary Pediatrician openly berated the mother of a sick child, when the Black resident physician chose not to speak up to advocate for her patient.

We can all do our part in recognizing and calling out harmful stereotypes, racism and discriminatory treatment, as root causes for health disparities disproportionately affecting Black women. 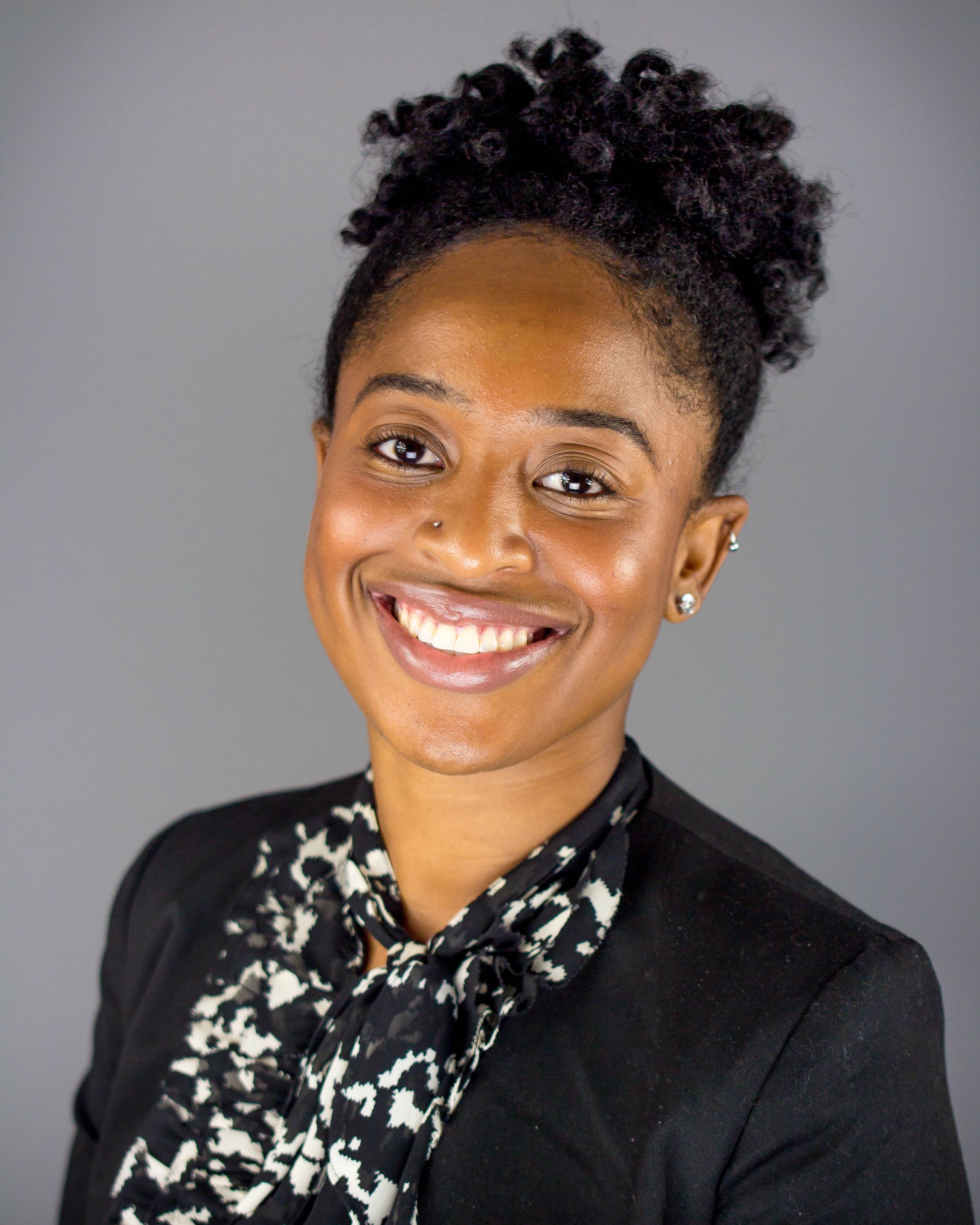 Dr. Alexia Charles is a native east-coaster born and raised in the metropolitan D.C. area. She first came to the Bay Area as a college student, earning her undergraduate degrees in Psychology and Human Biology from Stanford University. After serving as a middle school science teacher in the South Bronx, New York City while earning a Master's degree in Education, and graduating from George Washington School of Medicine in DC, she decided to return to the Bay Area to complete her medical training in Oakland, and is currently completing her Master of Public Health at UC Berkeley.